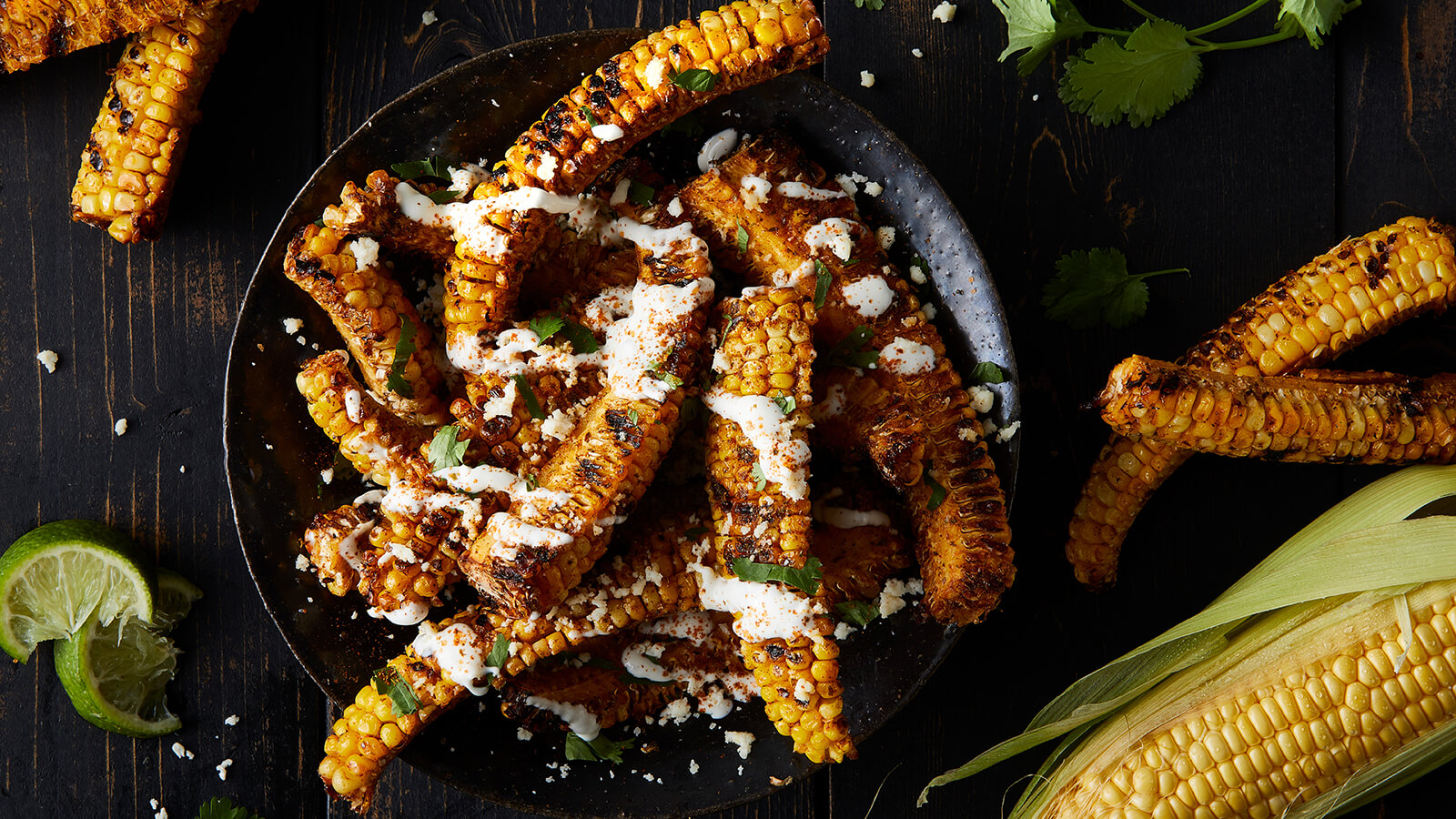 Cut the corn ribs: With a large, sharp knife, cut the bottom end off the corn to make a flat surface for the corn to stand upright. Stand the corn vertically on the cut end, and slowly and carefully cut the corn in half lengthwise, using a rocking motion to move the knife down the cob. Stand each half vertically and cut again to make quarters.

Make the lime crema: In a small bowl, mix the sour cream, lime juice, salt, queso fresco and cilantro together until fully incorporated. Crema should be loose enough to pour easily. Grill the corn: In a small bowl, mix the mojo seasoning and olive oil. Brush the spice mixture evenly on the corn kernels, then place on the grill. Grill, turning occasionally, until kernels are crisp-tender and lightly charred, about 15 minutes.

To serve: Place the corn ribs on a platter and drizzle with lime crema. Top with additional chopped cilantro and crumbled queso fresco if desired.