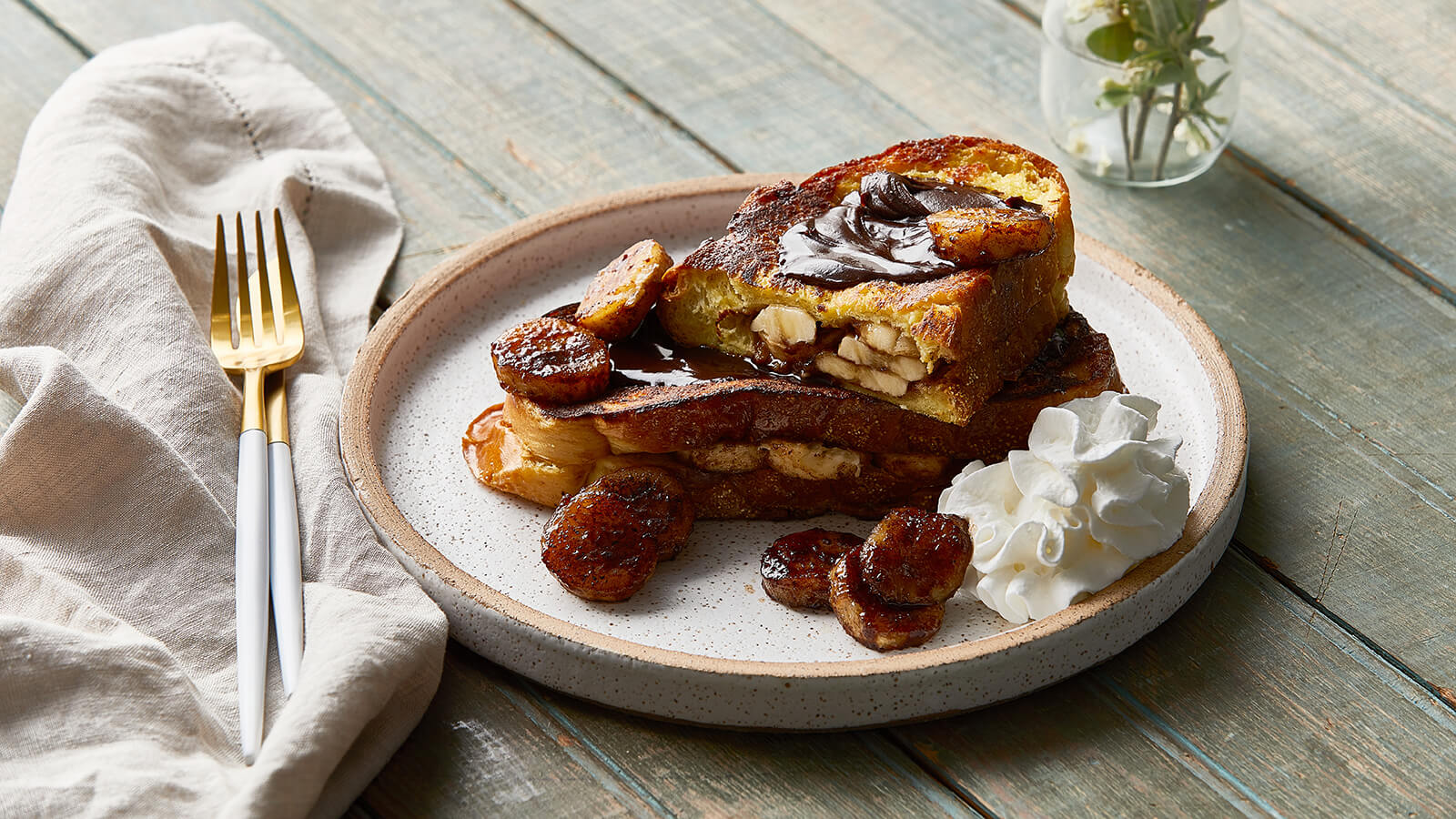 Cut six, 1-inch slices of Brioche Bread (not using the ends), and carefully slice a pocket down the center by slicing 3/4 of the way through the bread. Toss sliced bananas with cinnamon and brown sugar and stuff equal amounts inside each pocket.

In a small bowl whisk together eggs, milk, vanilla and a generous pinch of salt. Heat butter in a large skillet over medium heat. Dip each French toast piece in egg mixture making sure both sides are moist. Place French toast in pan and cook until lightly browned on both sides. Remove from skillet and repeat with remaining French toast. (If you are cooking the French toast one at a time, place finished French toast in a preheated 200°F oven to keep warm.)

Drizzle each French toast with warmed chocolate sauce and a dollop of whipped cream. Serve immediately.

*This recipe works best with older bread. If your bread is fresh, you can use the oven to dry them out a bit (300°F for about 10 minutes). You don’t want to toast the bread, just dry it out a bit so it won’t become soggy when you dip it in the egg mixture.