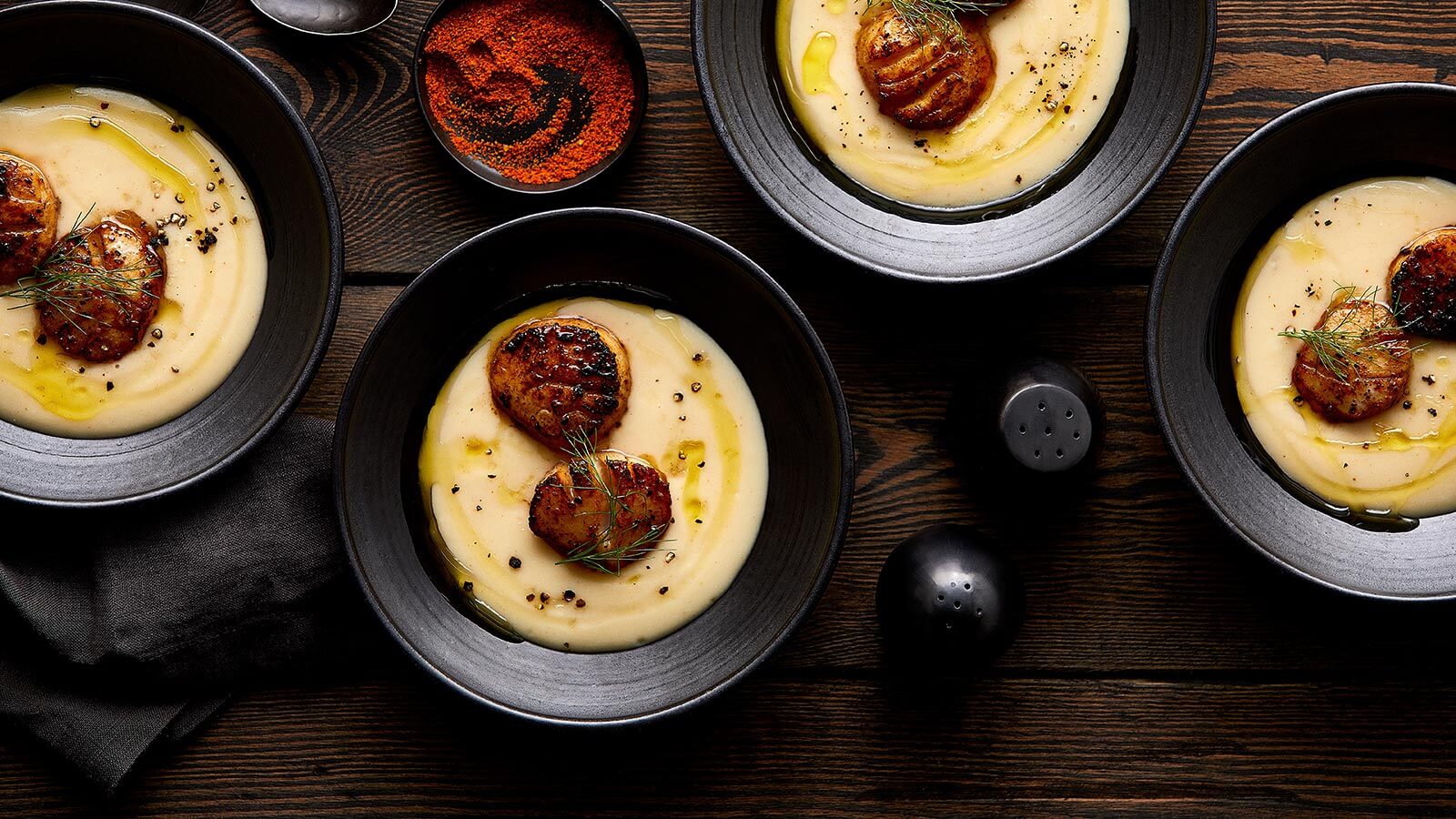 For the soup: Melt butter in a large saucepan over medium heat. Stir in leeks, fennel and Old Bay, and cook until tender, about 5 minutes. Do not let mixture brown.

Stir in potatoes and pour in stock. Bring to a boil, reduce heat, partially cover and let simmer until vegetables are very tender, about 15 minutes.

Puree soup in a blender, working in batches to avoid filling blender more than half-full, and return to pan. Alternatively, puree soup directly in pot with an immersion blender.

For the scallops: Pat scallops dry with paper towels. Season both sides with Old Bay and pepper, then dust with flour. Set them aside in a single layer on a plate to dry while pan heats. In a large nonstick skillet or well-seasoned cast iron skillet, melt oil and butter over medium high heat. When foaming subsides, add scallops to skillet, leaving about 1-inch space between them so they brown instead of steam; work in batches if necessary. Cook scallops until edges are well browned, about 2 minutes.

Turn scallops over with tongs and cook just until browned on the bottom and opaque in center, about 2 minutes more, then place on top of soup.

Drizzle with oil and serve immediately.