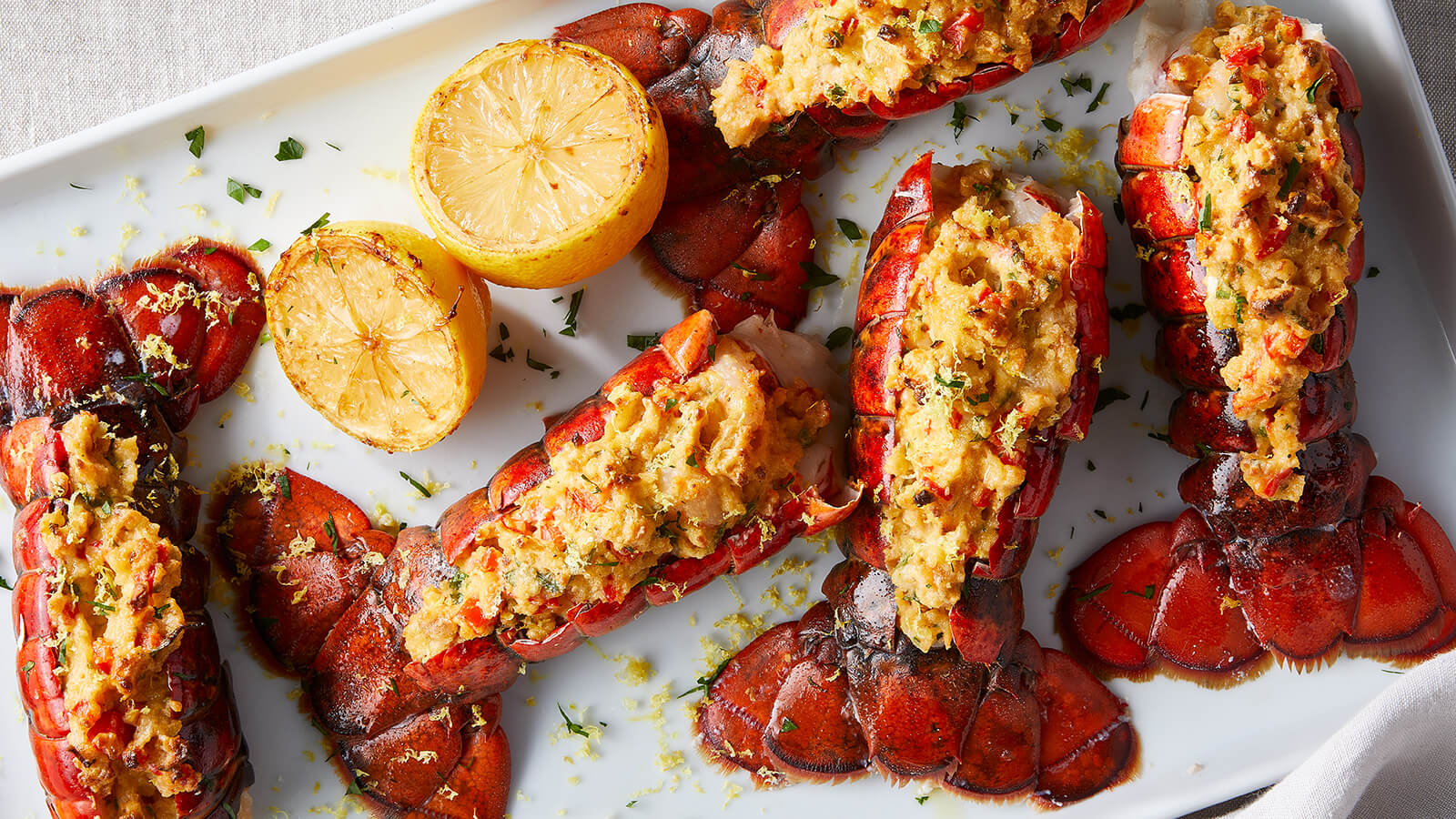 Stir in the cracker crumbs, bell pepper, scallions, and parsley. Fold in the shrimp. Cover and refrigerate until needed.

For the lobster: Using kitchen scissors or a sharp knife, split the top shells of the lobster tails up to the fins. Bend the tail fin until it lightly snaps and then gently fan open the tails (as though opening a book) to reveal the white meat. Use your fingers to loosen the meat from the shell and separate it a bit in the center to form space for the stuffing. Place the split tails in a single layer on a rimmed baking sheet.

Divide the stuffing equally among the four tails. Drizzle with melted butter and dust with Best of the Bay seasoning. Bake only until the seafood is opaque, 17 to 20 minutes. A thermometer inserted into the lobster meat should register 140°. Serve immediately with lemon wedges.